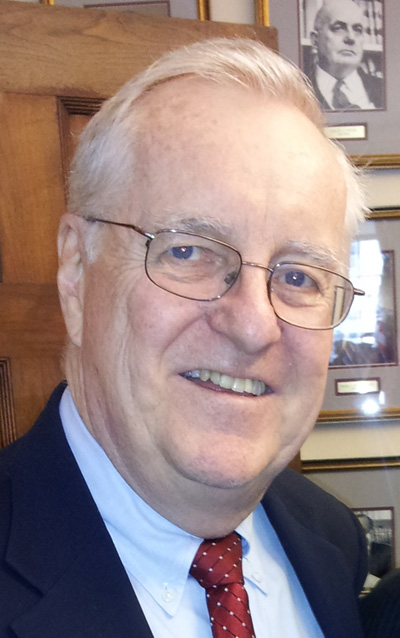 Thomas J. Scanlon founded Benchmarks, Inc. on March 1, 1970. As President, he has overseen all of the company’s activities over the past fifty years. The activities described in Benchmarks’ corporate history comprise his professional “resume.” Mr. Scanlon summarized his philosophy of life and service in a well-received commencement address to the graduates at Trinity High School in Falls Church, Virginia in May of 2017. Other relevant professional information, including pro bono and voluntary activities are below.

Mr. Scanlon decided to join the Peace Corps on the day President John F. Kennedy issued an Executive Order creating it on March 1, 1961. He volunteered a few days later. His exemplary service as a Peace Corps Volunteer in Chile attracted much attention back home. Peace Corps Director Sargent Shriver used a general letter Mr. Scanlon wrote to his friends to open the Agency’s first budget presentation to the Congress.

President John F. Kennedy commended Mr. Scanlon’s work in Chile in a speech given to government interns on June 22, 1962. The President cited him for his service and commitment to the goals of the Peace Corps. He was the only Peace Corps volunteer ever honored in this manner. He represented the Peace Corps on the sad occasion of President Kennedy’s funeral, paired in the church and in the procession to Arlington Cemetery with Col. John Glenn, representing NASA.

He was asked by the Kennedy family to deliver the only spoken tribute to John Kennedy at the concert given in his memory at the Kennedy Center on November 22, 1983. His remarks were published in Representative American Speeches, 1983-1984. Mr. Scanlon published a memoir of his Peace Corps experiences entitled Waiting for the Snow. It has received numerous and highly favorable critical reviews. In The Washington Post Book World, Colman McCarthy wrote, “hundreds of books have been written by former volunteers…Tom Scanlon’s is among the finest.”
Advocating for Peace Corps Independence
Continuing his interest in the Peace Corps, Mr. Scanlon led the fight, in the 1970s, to undo the damage the Peace Corps incurred when the Nixon Administration made it subservient bureaucratically to the larger Action Agency. He and others – committed to maintaining the early independence and vibrancy of the Peace Corps –were finally successful in 1982. At that time, the New York Times reported:
“Much of the credit for the Peace Corps’ newly regained independence from Action goes to one of those early volunteers, Tom Scanlon, now an independent Washington consultant on international development. In the last 10 years or so, he has made repeated appearances before Congressional committees, urging that the Peace Corps be removed from Action so that it could once again be the effective agency he had once known.”

Becoming What He Might Have Been
Early in 2019, Mr. Scanlon embarked on a new project designed to help him “become what he might have been” namely a teacher of philosophy. He began posting a blog every Friday afternoon aimed at sharing the uplifting writings and comments of persons he has admired. Check out Mr. Scanlon’s Blog here!