Benchmarks Inc. is the corporate vehicle through which Thomas J. Scanlon, its founder and president, has met the needs of an impressive list of clients for over 50 years. He has done so with highly professional consultants and a modest staff.

Benchmarks serves a select number of clients at any one time. It develops effective, long term relationships. Presently, the company has six clients, four of whom have retained its services for 30 years. Two have been with BMI for 20 years.

Benchmarks does not offer a particular “expertise” or consulting specialty. It has achieved a variety of goals for its clients depending on their specific needs, though many of our accomplishments have been based on its ability to get things done in Washington. Looking over the past 50 years, however, BMI’s capabilities fall in to four categories -international trade, networking, non- profit management and advocacy.

A brief summary of the highlights of BMI performance in these areas is detailed below. For further information, please see “Benchmarks, 50 years of Accomplishments.” 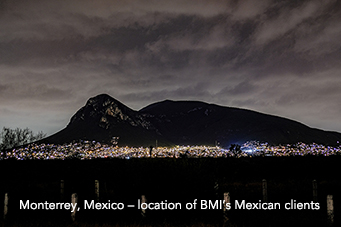 Supported by highly experienced and knowledgeable trade experts, Benchmarks provides regular reports to its clients on the present, tumultuous state of world-trade relations.

A team of label reviewers, USDA and FDA experts, provide ongoing technical support to one of Mexico’ s largest and most successful companies producing and distributing refrigerated and frozen food products to the Hispanic market in the U.S.

BMI’s work in the trade area began in the early 1980’s with services to Mexican clients in the pre-NAFTA days. It was successful in obtaining “de minimis” status for four textile companies who would otherwise have been subject to countervailing duties imposed by the U.S. on all Mexican textiles.

Benchmarks presented successful petitions to obtain duty-free privileges under the U.S. Generalized System of Preferences (GSP) program for several petrochemical products. It tripled the quotas allowed for imported hosiery and eliminated the quotas on manufactured fibers from Mexico.

During the NAFTA negotiations, Mr. Scanlon was an advisor to the Mexican textile industry which, along with American and Canadian textile associations, was successful in achieving a “yarn forward” rule of origin which stated that all textile imports benefiting from duty-free treatment under NAFTA were required to use fibers and yarns made in Mexico, Canada or the U.S.

Benchmarks successfully opposed efforts to deprive Mexican clients of their NAFTA advantages through short supply and duty suspension petitions made by U.S. customers. (These efforts would have granted duty-free entry to Asian and other competitive countries.)

In the decades following the signing of NAFTA, monitoring and enforcement of its provisions has been a continuous challenge in the form of illegal shipments from Asia, which require creative approaches.

Mr. Scanlon continued to provide guidance and information during the negotiations for the newly signed United States, Mexico, and Canada Trade Agreement (USMCA) signed in 2020.

After 50 years of service to clients in Washington, Benchmarks Inc. and Mr. Scanlon have a network of contacts second to none. If BMI does not have the expertise or the resources to serve a client’s needs, it can undoubtedly find someone who does. Here are some examples of putting the Benchmarks’ network to work on behalf of clients.

One of its first consulting assignments was to support the efforts of the Alaska Natives to obtain a just settlement of their land claims. BMI created a network of religious and civil liberties organizations to assist in the ultimate passage of legislation that granted 40 million acres to the Alaskan Natives.

Benchmarks brought together the Advertising Council, a New York philanthropist and the U.S. Department of Justice to create the National Crime Prevention Council, home of McGruff, the Crime Dog.

Benchmarks convened regular meetings of the Food Aid Consultative Group, an entity created by Congress, which gave international private voluntary groups working with U.S. food aid the opportunity to discuss ideas and issues with the U.S. Agency for International Development and the Department of Agriculture, the two federal agencies responsible for the “Food for Peace” program.

Motor Coach Industries International (MCII) contracted with BMI to identify international grantees for the donation of used Greyhound buses. They were distributed to schools and charities throughout the Caribbean and Central and South America.

The Fudan Foundation was created in 1986 to support one of China’s premier academic institutions in Shanghai, Fudan University, and its efforts to create a Center for American Studies (CAS). In his capacity as Executive Director of the Foundation for over 30 years, Mr. Scanlon obtained over $10 million in grant funding from USAID’s American Schools and Hospitals Abroad program. These funds supported the Center’s efforts to promote an understanding of the United States in China and improve China/U.S. relations, an especially daunting task in today’s political environment. The American Consul General in Shanghai called the CAS “the most prominent American Studies program in China.” Mr. Scanlon hopes to make his 70th trip to China, as soon as conditions allow, in pursuit of the Foundation’s goals.

The Chinese government has formally recognized the Center as “the key research institute” in China for the study of the United States. 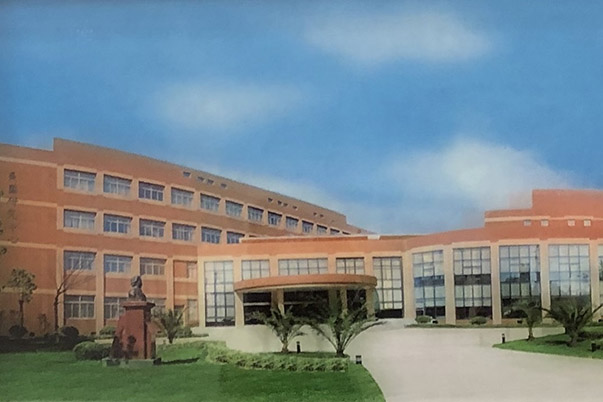 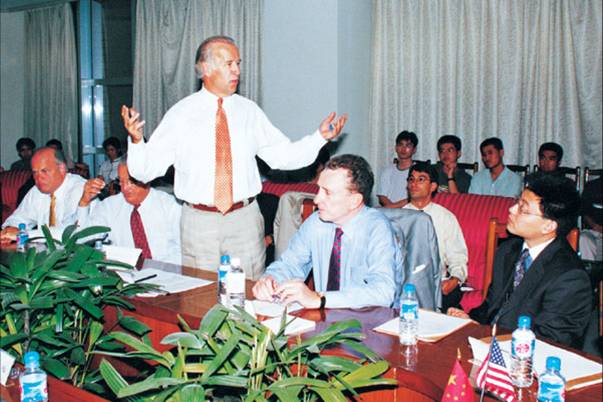 The UDEM Foundation has been managing funds raised for the Universidad de Monterrey (UDEM) for 20 years. UDEM is one of the few universities in Latin America accredited by the U.S. Southern Association of Colleges and Schools. Recently the Foundation has begun creating a permanent endowment for this very progressive Catholic institution of higher learning.

Benchmarks has created and managed non-profit organizations throughout its 50-year history, including a foundation for Gulf+Western Industries in the Dominican Republic in the seventies. The G+W Dominican Foundation launched an extensive corporate social responsibility program which helped the company survive at a time of great political antagonism toward “multinational corporations.”

BMI created two “intermediary organizations” at the request of federal agencies, one to channel grants to exemplary youth employment programs and the other to support multi-service programs for troubled youths. These efforts included board development, executive recruitment and program development for both “intermediaries” as well as networking to obtain private foundation support.

Mr. Scanlon served for 40 years as a Director and 12 years as Chair of the Public Welfare Foundation, an organization dedicated to seeking “the greatest good for the greatest number.” The Foundation’s assets grew from $11 million to over $500 million during his tenure and made over $500 million available to worthy grantees during that same period. Mr. Scanlon is in a unique position to make recommendations for wise giving and organizational development to foundation clients. His advice to incoming directors of the Foundation upon his departure from the board was featured in a cover story of the Non Profit Quarterly in the summer of 2016.

Benchmarks has been registered as a lobbyist in Washington D.C. but legislative activity is not its primary purpose. Nonetheless, BMI knows its way around Capitol Hill and has been extremely effective when called upon.

Working for the International Health Racquet and Sports club Association (IHRSA), Benchmarks helped author the PHIT legislation (Personal Health Investment Today) which will allow families and individuals to pay the ever increasing costs of physical activity with funds from their Flexible Spending Accounts (FSAs) or Health Savings Accounts (HSAs).

Other legislative successes include protecting the eligibility of the Dominican Republic for the GSP program when it came under attack; assuring that Dominican rum received favorable duty treatment in the Caribbean Basin Initiative (CBI); obtaining Senate support for a Caribbean Promotion Center at the Chicago Association of Commerce and Industry and creating House and Senate pressure on the Mexican government to provide adequate access to Mexican markets for U.S poultry products.

Perhaps most indicative of Benchmarks’ effectiveness on the Hill are two long-term pro bono public service lobbying efforts. Over a ten year period, Mr. Scanlon led the fight to undo the damage the Peace Corps incurred when the Nixon Administration made it subservient bureaucratically to the larger Action agency. When independence of the Peace Corps was finally restored in 1982, The New York Times attributed “much of the credit” to his advocacy efforts in the Congress.

In a successful six-year effort, Mr. Scanlon convinced the Congress to deprive several Latin American military governments, especially the Pinochet regime in Chile, of resources available to them from the Social Progress Trust Fund (SPTF) at the Inter-American Development Bank. Because of his efforts, $336 million SPTF funds were instead made available to the Inter-American Foundation, a federally chartered organization promoting human rights and development throughout Latin America. He did this at the request and with the support of Rev. Theodore M. Hesburgh, then President of Notre Dame.